If you're a foodie and like good dishes, then Chef is a good bet for a movie-watching. Jon Favreau staffing as Chef Carl Casper decides to ditch his job at a fancy L.A. restaurant owned by Dustin Hoffman when they clash over what should go on the menu. Oliver Platt plays a smarmy food critic and blogger who skewers Chef Carl, and their loud confrontation goes viral. Luckily, he has an ex (played by Sofía Vergara who I love as Gloria on Modern Family) with a heart of gold and a solid friend in John Leguizamo playing line cook Martin. Chef Carl flies down to Miami with his ex and young son. While there, he reconnects with his roots and decides to open a sleek food truck specializing in Cuban cuisine. He is much happier and drives it back to L.A. along with his son and Martin. I got hungry from seeing all the great food being prepared. It was good to see Dustin Hoffman and Robert Downey, Jr. in their cameo roles. The film's soundtrack is Latino and snappy, adding to the fun stuff.
Posted by Cracked Rearview Mirror at 12:55 PM No comments: Links to this post

This 2013 indie film was written and directed by Steven Knight. The entire drama takes place within the confines of a moving car. Ivan Locke is a construction manager getting ready to pour an enormous amount of concrete for a big project. Unfortunately, he gets a call that sends him on a harrowing 90-minute drive to London. He makes and receives a series of phone calls while he is driving, and we learn what has sent him on his trip. This unusual premise works, for the most part. Tom Hardy, the harried driver, gives an intense performance of a man with a lot of pressure on him. I wasn't sure if I found Ivan to be a sympathetic character. His problems were largely of his own stupid doing. He keeps thinking and saying he can fix it or make it right. But can he? He also talks a lot to his invisible dead father in the rear seat. Evidently, they weren't close. The movie clips right along so there isn't much dragging. IMDb.com gives Locke 7.7 which I believe is a little high.
Posted by Cracked Rearview Mirror at 6:57 PM No comments: Links to this post 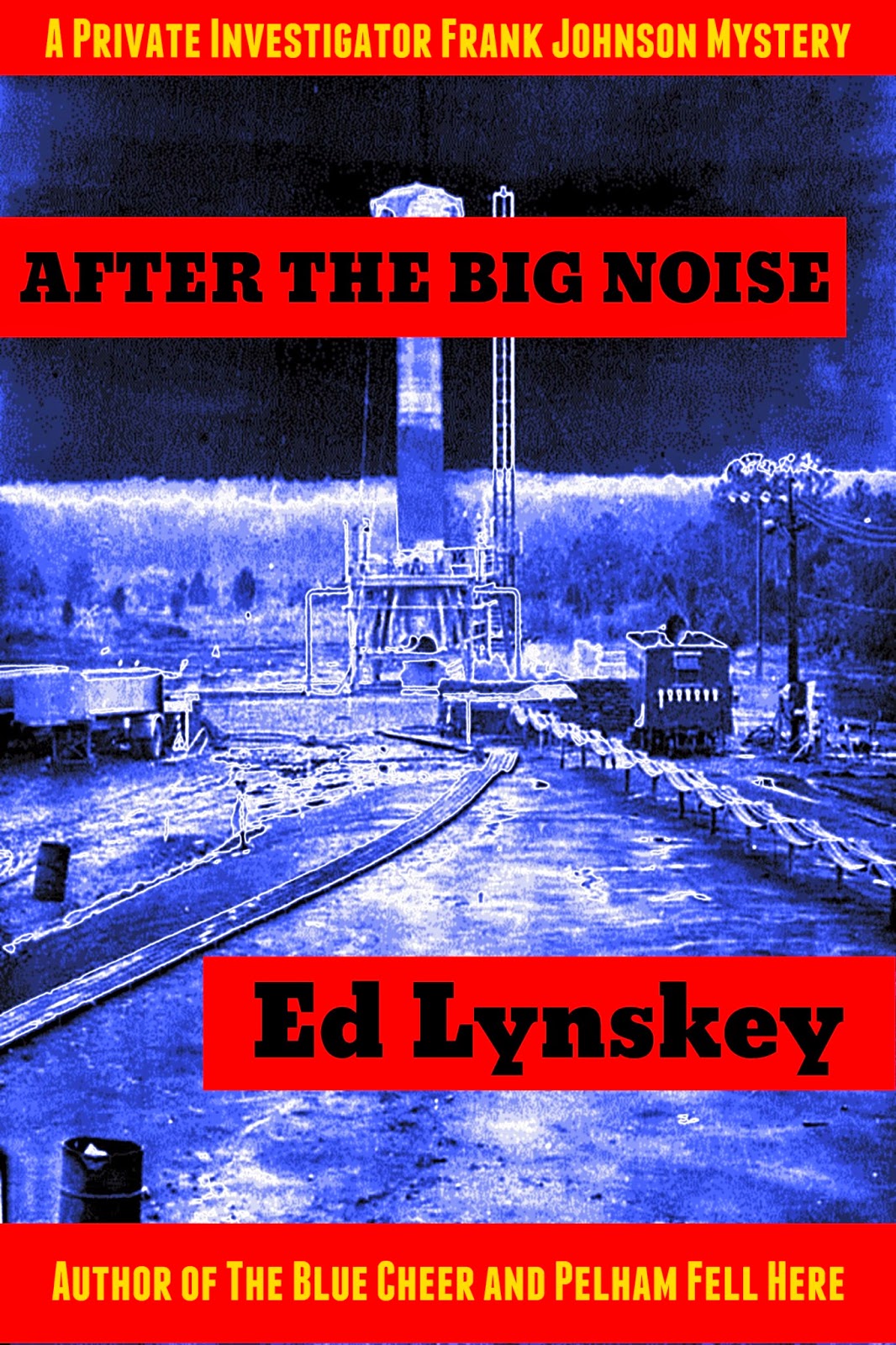 This week I released my first book published in 2014. After the Big Noise is out as a Kindle. P.I. Frank Johnson and I have been together for a good while. Frank made his debut appearance as the short story “New Sheriff in Town” in the old Plots With Guns Ezine back in September 2001. After the Big Noise makes number six of his novels plus the one short story collection. Seven books is a creditable run. The late James Crumley blurbed Frank’s debut novel Pelham Fell Here. The Blue Cheer picked up a starred review in Booklist. It earned favorable reviews in the large newspapers like San Diego Union-Tribune and Halifax Herald Chronicle. He’s still going strong. So, kick back, read on, and enjoy his latest hardboiled caper.

For his next hardboiled outing, P.I. Frank Johnson accepts a pair of new cases just before the 2005 year-end holidays. First, he hunts for a missing husband, and second, he looks for the truth behind a city police detective’s gunshot death in a remote alley. Frank’s hopes for a timely resolution fade when both cases take him down their twisty paths, including a side trip back to his native town of Pelham, Virginia. With his partner, the bounty hunter Gerald Peyton, getting his back, Frank chases down the clues leading them to an abandoned rocket manufacturing facility. Blue Flare Rockets is where they run into more trouble than either man has ever confronted before their long, harrowing night inside the facility’s razor wire fence is finished.
Posted by Cracked Rearview Mirror at 3:01 PM No comments: Links to this post

This better-than-average film noir from 1945 involves, as its title suggests, organized crime and law enforcement's determined efforts to oppose it. Tom Neal (from Detour) stars as a crime reporter/crusader and Martha Tilton as his night club singer girlfriend. She sings a few nice big band numbers along the way. Sheldon Leonard (any Big Bang Theory fans out there?) is also featured as a cop, and Leo Carrillo is a shady night club owner. I enjoyed the film mostly for watching Tom Neal's role since I liked his star turn in the cult classic Detour he made with Ann Savage. Of course, he went on to a troubled future in his personal life, including serving a prison stretch for manslaughter. But Tom Neal looks fit and happy acting in this film, and it's enjoyable enough to watch him. IMDb.com gives Crime, Inc. only a 5.6 rating which I believe is a bit too low.
Posted by Cracked Rearview Mirror at 2:57 PM No comments: Links to this post 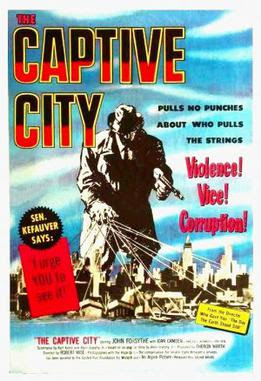 This 1952 crime drama directed by Robert Wise is one of several the Kefauver Committee investigation of organized crime films made with Hollywood. Dark-browed, stern Senator Estes Kefauver appears as himself at the movie's end to lecture the American citizenry on the evils of graft and bookmaking, as if they didn't already know. If you skip over that part, what is left is a pretty entertaining story. John Forsythe (yeah, the voice used in Charlie's Angels) stars as Jim Austin, the editor of a small city newspaper. Before long, he is drawn into the city's seedy underbelly and decides to take on the mob's chief thugs. Two murders and a beat up photographer played by Martin Milner (Adam 12) follow. There is a moralizing streak at work, but Forsythe's earnest performance keeps things moving along. IMDb.com rates The Captive City was a 6.7, and that seems about right to me.
Posted by Cracked Rearview Mirror at 10:20 AM No comments: Links to this post

Get Your Own Ed Lynskey's Books Newsletter: